Anoranza, the first feature documentary by Flo Flamme about three old Cuban men longing for vanished ideals; love, time and the places they have never seen, will have its world première tomorrow at the Golden Apricot IFF in Yerevan. The Golden Apricot International Film Festival carries the theme ‘Crossroads of Cultures and Civilisations’; welcoming films representing diverse ethnic groups, religions, and nations that depict the human experience, the daily lives of people, ordinary and extraordinary, their troubles and their joys, as they try to find meaning in a changing world and struggle to redefine themselves in a world that recognizes fewer and fewer boundaries. Internationally acclaimed Canadian-Armenian director Atom Egoyan was named President of the festival in 2005.

The film will be presented in the attendance of the director Flo Flamme. 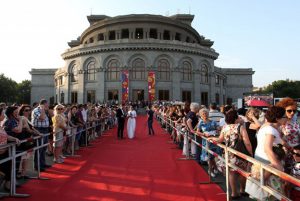